The Advent of Technology in Court Reporting 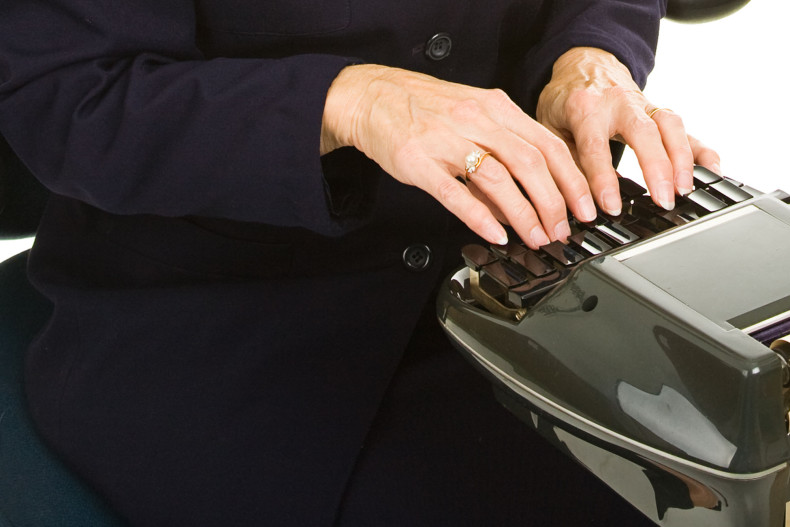 The Advent of Technology in Court Reporting

I have been a Broward County court reporter for over two decades and an owner for over 10 years. Some days seem longer than others but overall the time has flown by. I still think back on my career with amazement on how many depositions I have taken and how many trials I have reported. When I started my career in January of 1994, I began in a Fort Lauderdale court reporting agency even though I lived in Palm Beach. They assigned me to the Public Defender’s Office and over the next year I took hundreds of depositions. The crimes ranged from petty theft to murder. I was fortunate enough not to have been a victim of a crime so I didn’t have much experience on how the justice system worked. I got a crash course.

I met a lot of public defenders who became lifelong friends. They just graduated from law school and didn’t want to go the “State Attorney” route. They were as new as I was and after the deposition, they would like to present their case to me as if I were a juror. They eagerly awaited my verdict. Needless to say, the evidence in a lot of cases was not favorable to the defendants but I inhaled the attorney’s enthusiasm and only told them that it didn’t have jury appeal.

Back in the early ’90s the reporters would congregate in the office after work and talk about the various cases they reported or just plain “shop talk”. As a new reporter, I was fascinated with every case and every experience shared. The seasoned reporters had their desktop computers in the office where they worked. There was a story where a reporter was working on a transcript and had left the file open when they went to their job. Apparently another reporter thought it would be funny to insert an expletive in the first question. Obviously the depo was going to be proofed and the curse word caught and a laugh had by all. The way the story played out, it didn’t work that way. The story fast forwarded to the attorney calling the agency screaming saying I never said “state your f****** name for the record.” Everyone was scrambling to find out what was going on and I was panic stricken for the reporter yet wanted to laugh at such craziness. Eventually the deposition was corrected and everyone was happy. No one left their job files open after that.

This was a time before laser printers, copy paper or Google. We had a three-part carbon paper system where we manually separated the paper. If we had to look up a case, we went to the law library in the Broward County Courthouse. I had a plethora of research books, including Stedman’s Medical Dictionary, PDRs and dictionaries. Our court reporting machines had paper and 3 by 5 floppy discs. There was no audio tape recording and we produced our own transcripts.

Today the newbies graduating from court reporting school “have it made.” There is no paper to store for 10 years. Researching is only a laptop away. Producing a transcript is just an e-mail away.

I wonder what the next 20 years will have in store……..